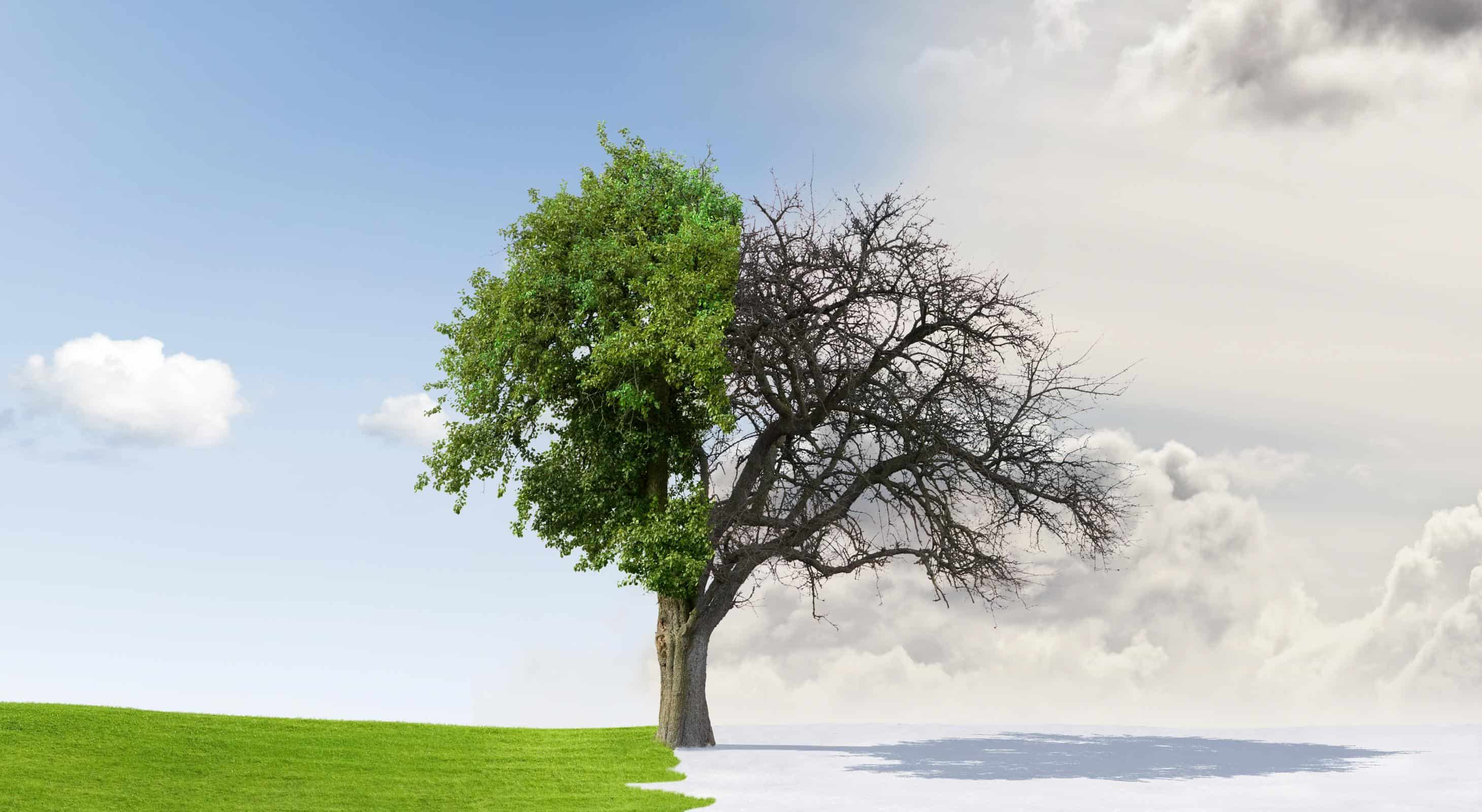 The Potential Demise of PAII

NEW – find out what is new with PAII and the partnership with AIHP.

In this post I’m going to cover a lot of territory whether it be the email regarding the demise of PAII, which many received, the state of Bed and Breakfast Associations including the likes of Select Registry, our own marketing conference HMSConference.com and the idea of non-profit bed and breakfast associations.

This morning someone forwarded me a copy of an email entitled, “The potential demise of PAII” which had been sent out to 500 innkeepers as a rant against the leadership, ownership and the business entity type of PAII (Professional Association of Innkeepers International). The author chose to remain anonymous possibly to avoid charges of libel, retribution or harm to their own reputation.

In the email the author wrote the following paragraph and used my name in an attempt to add weight to the argument that PAII is a failing business (among other things). I figured I’d better respond in order to clarify my words and opinions.

Scott Crumpton, a vendor who’s a self-proclaimed industry marketing “expert” suggested that given the instability of PAII as an organization, given the dissatisfaction of the membership population and lack of enthusiasm over events like the InnKeeping Conference & Trade Show, PAII could literally collapse!

For starters, I’m kind of humored as if I’m only a “self-proclaimed industry marketing expert” then why use my name and words to add weight to their argument? To quote someone because of their expertise and in the same breath discount that expertise negates the usage of the expert’s words and you end up weakening your own argument. Sorry but that’s funny!

So did I say what they said I said?  Honestly, I don’t know but it sounds like something I would have said, but I never meant it in the way the anonymous author used it. Because the author used my name and attributed words to me, I feel it’s important that I clarify my opinions on a lot of issues I’ve been asked about recently. I’ve written the following post and used a Q&A format based on questions I’ve been asked by innkeepers and vendors alike. Hopefully this clears things up a bit.

Why are you responding?

Because I don’t like being misunderstood as it leads to a lot of misconceptions and hard feelings. I also believe that when you remove a lot of the emotions behind recent events the logic becomes very clear and clarity is what we all need in this situation.

What do you think about PAII’s chances of survival?

That’s a tough question and a lot has to do with what PAII does over the next year. I’ve had numerous long conversations with the new CEO (Ruth Ann Hattori) and found her not only to be very likable but also exceptionally intelligent. If PAII can find a way to bring benefits to the membership, I think PAII’s chances of survival will be vastly increased. I’ve already given her a bunch of ideas and agreed to meet with the board and advise them. Then again, I’m only a “self-proclaimed industry marketing expert” so what do I know? 😉

Why are you holding your own conference and not speaking at the upcoming PAII conference?

Lots of reasons but none of them have to do with something PAII has done wrong. We’ve partnered with Mark and Lisa Kolb of Acorn Internet as we believe strongly in the need for extensive marketing education for our industry. Quite simply, there’s not enough time at a busy PAII conference to cover everything which needs to be covered in the ever-changing world of internet marketing. PAII generally gives each of our companies between one and two sessions which barely scratches the surface of what needs to be taught and discussed. Because of this we’ve created our own conference dedicated solely to marketing. I’ve chosen not to attend and speak at the PAII conference simply because we don’t need to as a company.

Isn’t your conference competing with PAII?

How do you feel about PAII being a for-profit company?

That’s an easy one. I’ve known since the beginning that PAII was a for-profit company while many people did not. The reality is that there’s very little difference between a for-profit and a non-profit company in how they act so it doesn’t matter. The primary differences between the two are control and transparency and that’s why I think there’s such a desire by some individuals for a non-profit association in our industry. Let me explain where I’m going with this. In a for-profit company, you as a paying client have the right to be a client or not be a client and that’s pretty much it. As a member of a non-profit, you have the same rights but can vote out the leadership, join the leadership, see the financials and help control the direction of the organization.

So you’re saying the non-profit association model is better?

No, I didn’t say that — I said some individuals understandably want this,  but I didn’t say it was a better model. As I look around our industry, I see successful for-profit companies whether they be vendors or innkeepers. I also see non-profit state bed and breakfast associations struggling to survive and generally fading into obscurity. I addressed the subject of bed and breakfast associations in a magazine article over a decade ago which can still be seen online here: Can B&B Associations Survive?  When you consider the declining state of many non-profit B&B associations, it makes you scratch your head as to why anyone would want to follow this model. I understand the desire for control and transparency, but I also understand that in order to succeed it’s generally best to use a model which has proven to be successful and especially one from the industry you’re in. To look around the industry at the struggling non-profit associations and decide that’s the model to follow makes very little sense to me.

What about the owners of PAII — this greedy, shadowy group called DIA?

DIA is anything but greedy and shadowy. DIA is made up of innkeepers and vendors from our industry (some active, some former/retired) who invested large sums of their own money and retirement accounts to keep PAII alive many years ago. Many of them have invested even more money in the last year to keep PAII going even though they received nothing in return. Why would they do this? Because they believe in PAII and they’re hoping that someday they get some or all of their money back. That’s not greedy; that’s being human. I personally have known several of the DIA members for over a decade and can attest to both their ethics and motives. I also have known several of the individuals on the other side of the argument for years and can attest to their ethics and motives. What we have here is a difference of opinion due to a difference of perspective.

So where has all my membership dues gone all these years?

It’s paid the PAII staff’s salaries, provided an office, kept the website up, funded conferences, education, etc. Everyone thinks the money has been used to pay the owners but it hasn’t — it’s been the other way around.

What are you feeling about Select Registry?

I can’t wait to see SR pull out of the relatively inactive slump they’ve been in for years. SR is a good organization with great potential which has unfortunately languished over the years for many of the same reasons other B&B associations have. New vision seems to be afoot so we’ll have to see what the next couple years bring. I’d love nothing more than to see this organization (and all B&B associations including PAII) thrive. Personally I think there’s room in the industry for a lot of different types of associations.

Would you support a new non-profit association?

Sure as long as I thought it was an ethical organization with the right goals. Personally I don’t see the need for yet another B&B association simply to replace PAII but competition is never a bad thing as it sharpens us all. An idea was presented several years back about an education center where innkeepers and aspiring innkeepers/innsitters could go to learn. In my opinion, that’s a great idea for a new non-profit as waiting a year for a conference just to learn makes very little sense.

Who asked you for your opinion?

Oh, a couple hundred people — you know you’re not being forced to read this, right? When someone tries to use my words as a hammer, I feel the need to make sure I’m not misunderstood so that someone doesn’t make a decision based on their perception of my words instead of what I really meant.

What message do you really want to convey?

This is a small industry where a rising tide floats all boats. If we fight, bicker and tear each other down, it will only serve to hurt all of us. I’m not generally a “can’t we all just get along” type of person but the nastiness I’ve seen over the last seven months has truly been bothersome and in many cases completely unproductive and destructive. Often times the arguments come across as petty and unprofessional and dare I say, inhospitable in an industry which puts itself forth as hospitable. We can disagree but still be professional and I challenge the entire industry to simply agree to disagree and move on. There’s room in this industry for competing inns, competing vendors and competing associations — it’s not an either/or proposition.

For what it’s worth.
Scott